Why Does HDMI Cable Keep Cutting Out?

HDMI cables are the standard connection devices for media streamers, game consoles, TVs, video projectors, and set-top boxes. Seeing how they play a vital role in your entertainment setup, it’s only natural to be frustrated when your cable keeps cutting out. But what could be the reasons for this? Let’s find out.

Several things can cause your HDMI to keep cutting out, such as a faulty cable, loose connection, codec problems, and hardware issues. The good news is that fixing the issues is very easy.

As we’ve mentioned, several things can lead to this problem. Let’s take a look at some of the reasons:

One of the reasons your HDMI cable keeps cutting out is that it’s faulty. How do you know you have a defective cable? One of the most common signs is flickering dots or sparkles that appear white. This can resemble shooting stars and manifest as a subtle interference.

If you have a faulty cable, simply replace it. We recommend replacing a cable that’s more than five years old. Older cables find it hard to support modern content because they have a lower bandwidth. Ultra-High-Speed HDMI cables with the ability to support up to 48Gbps weren’t there until 2017.

Today, 4K TVs, HDR content, and High Fidelity audio are the norm. Old HDMI cables can only support a bandwidth of up to 18Gbps. That makes them unreliable when using modern devices. That limited bandwidth won’t be enough for high-quality content, and this will make the signal keep cutting out. Here, the only solution is to replace the old and faulty cable!

Interesting read – What Frequency Response Is Good For Speakers?

Another reason your HDMI cable keeps cutting out is because of bent connector pins. Check the pins on your HDMI ports and cable to assess their condition. They may have accumulated dirt, needing a bit of cleaning. This usually happens when you haven’t used the cable for a long time, and it has been accumulating dust in the cupboard.

Corrosion can also be a problem if the connector isn’t gold-plated. Gold is resistant to oxidation and defends the connector pins when exposed to caustic environments.

This enables devices with an HDMI interface to connect. Some of these devices include computers, TVs, and receivers. This communication between HDMI devices is what people call the HDMI handshake.

Nevertheless, when there are handshake issues, one or several devices will not recognize the signal, and you will have video or audio dropouts. Although handshake issues don’t happen that often, they can occur, especially when you have multiple devices in the chain.

How to Fix Handshake Issues

There are four ways to fix handshake issues. They include the following:

Powering your devices in a different sequence can help address HDMI handshake issues. Here is a power-up sequence you can try.

When you own a recent model device, such as a Blu-ray player, you shouldn’t have an issue playing any resolution on your TV. That’s because it has been set in a way that it detects and changes resolution according to your TV. For instance, if you have a 1440p TV, you can play 1080p, 1440p, and 2160p content without issue. The TV will upscale or downscale to fit the suitable resolution.

However, if you own an old TV, you might experience an HDMI handshake issue. For instance, playing a 4K video can create pixel jitters. In such a case, you’ll have to reset your device or play a file at a suitable resolution.

There are occasions when we can blame software updates for a bad connection. If you’re yet to update the software of your connected devices, try doing that. Here is a simple step to doing that:

Some manufacturers highlight how you can update the software on the manual. You can refer to it if you’re having issues updating your TV or other devices.

How Do You Know You Have a Bad HDMI Cable?

An HDMI cable may not get damaged overnight, but it can develop issues through constant use. Here are signs that you have a bad cable and need to replace yours.

You can hardly follow the content you’re watching if there’s no sound. HDMI cables have wires responsible for transferring sound from your videos and games to your TV. If it’s faulty, you won’t hear the sound clearly. At times the sound will drop and then come back. As the damage continues, the sounds will stop coming completely.

Some devices like Apple TV come with built-in voice controls so that you don’t have to rely on your remote the whole time. When you have a faulty HDMI cable, it will affect voice control. No matter what demands you give your TV, it won’t respond.

White spots on your TV or computer screen are another sign of a faulty HDMI cable. These spots appear like stars shooting across the screen.

Modern computers and TVs have great resolution. You can see every detail, whether you’re playing a game or watching a movie. If the cable is damaged, the images will appear blurry.

Another sign of a bad HDMI cable is poor resolution on the screen. These cables have tiny pins that transport data, ensuring images and sounds reach your computer or screen. A faulty cable can interfere with this data transfer, leading to a bad resolution.

Because a bad HDMI cable will keep cutting out, it’s common for the images to come and go. In fact, if it’s defective, your screen may not display images. It will appear black or blue.

You’ll hear sounds but not see what is happening. It’s also possible for images to appear for a couple of minutes and then fade.

You may also be interested in PC Speakers Vs Home Theater Speakers. 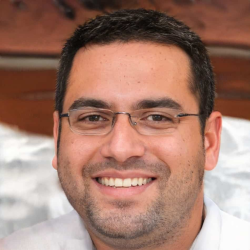