How To Change Language On A Bluetooth Headset

Besides the licensed brand headsets, there are a lot of headsets from unknown brands. These are usually made in China or some other country that offers cheap production. If you buy one of these headsets, you’ll notice that the default language isn’t English. So, you may be wondering: How to change the language on a Bluetooth headset?

I’ll thoroughly explain how to change the language. Keep reading if you’re facing this issue.

Can You Change The Language On A Bluetooth Headset?

Before we proceed to the step-by-step guide, we need to explain which headsets can change languages. As I said, you can’t change the language on some headsets. If you have a headset like that, you’ll just have to put up with the foreign language. Or, buy a new headset.

So, if you have a headset from a known, licensed brand, you can change the language. Stick around, we’ll explain how to do that in a second. You can’t change the language on a headset only if it has only one language. Most headsets made in China only support Mandarin. These are cheap headsets you can find in stores that sell unknown brands.

There should be a list of supported languages in the packaging of the headset or in the instruction. There’s no other way of finding out if you can change the language besides doing the step-by-step guide, so let’s get to it.

Related article – How To Pair Bluetooth Headphones With Mac Guide

Changing Language On A Bluetooth Headset

Remember, if your headset can’t enter Language Options or if it only lists one language, you can’t change the language.

Resetting Language On A Bluetooth Headset Back To English

I guess some of you bought the headset with English as the default language but somehow managed to change the language. If this happened to you, there’s an easier way to switch languages than the guide above. Many people tend to press and hold buttons erratically when the headset isn’t working, so they change the language. That’s why brands add a “reset headset options” option. That’s what we’ll be doing here.

Keep in mind though, that this only works if you changed the headset language by accident. If you want to scroll through the languages, you must use the first guide.

Related article – Why Are My Bluetooth Headphones Not Connecting

How To Change Language On Bose Headphones

Most Bose headphones have multiple voice prompt languages. You can follow the step-by-step guide I wrote, it should work.

You can also visit the official Bose site, there’s an explanation there. Bose also has an app that lets you change the language, it’s available on Android. The app is called Bose Connect.

How To Change Language On AirPods

Changing the language on AirPods means you have to change Siri’s language. You don’t have to press any buttons, just pair the AirPods with your iPhone or iPad. Go to “Settings” and select “Siri & Search”.

Then, select “Language”, and choose your desired language. This will change the language of the voice prompt on your Air Pods.

In the manual, you should also find the languages that your headset supports. Avoid headsets from unknown brands since these can only come in one language, usually Mandarin.

You may also be keen on What Is The Best VR Headset For Watching Movies or Why Do Headsets Have Left And Right. 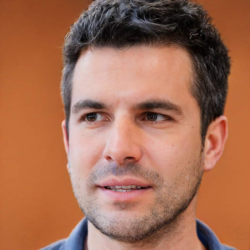